There’s no denying that I’m a pretty huge Harry Potter fan. I make no secret of it. I’ve read the series three times. I’ve seen the movies about three hundred times. We play the Harry Potter edition of Trivial Pursuit on a regular basis and whenever my mom comes to Gatineau for a visit, we always throw a Harry Potter movie marathon with the kids.

I admit without shame that if I didn’t have kids or a husband, I probably would’ve moved to Universal Studios in Hollywood ages ago and gotten myself a job at Ollivander’s or The Three Broomsticks so I could permanently live out the fantasy.

(And let’s be honest…I still secretly dream about doing that from time to time.)

So when Bianca’s 11th birthday slowly started to creep around the corner and tiny whispers of a party began fluttering in my ears, I won’t deny that I may have, just very casually, suggested a Harry Potter theme. You know, if she wanted. No big deal.

It might have been the proudest moment of my life as a mother when her eyes grew big and she responded with a resounding, “OMG, WE CAN DO HOGWARTS LETTERS FOR INVITATIONS!”

The way magic is passed on from wizard to child, so has my passion for all things Potter. The fandom is strong with this one.

See what I did there?

You can check out the Pinterest board I created for this party:

Our first order of business was making the invitations. For Easter, we gifted the kids each a ton of craft supplies, specifically intended for making their own birthday invitations. Bianca got black cardstock with matching envelopes, a high quality gold pen, red wax and seal, and some fun scrapbook craft paper and stickers.

The results were amazing, and we had such a blast making them together!

Each envelope included a personalized Hogwarts Acceptance Letter disguised as an invitation and a Hogwarts Express Ticket. Below are the PDF versions in both English and French.

*Ideally, you can send these via actual mail if you have everyone’s address and enough time. I think it adds a really nice touch.

Next up were the decorations — which basically made up more than 90% of the entire party. We didn’t have a huge (or even big) budget, so I made most of these myself. We did cheat a little and purchased some inexpensive Harry Potter themed balloons (not recommended; they weren’t great quality), napkins, plates, and plastic tablecloth from Walmart. We also ordered this fantastic Platform 9 3/4 curtain from Amazon: 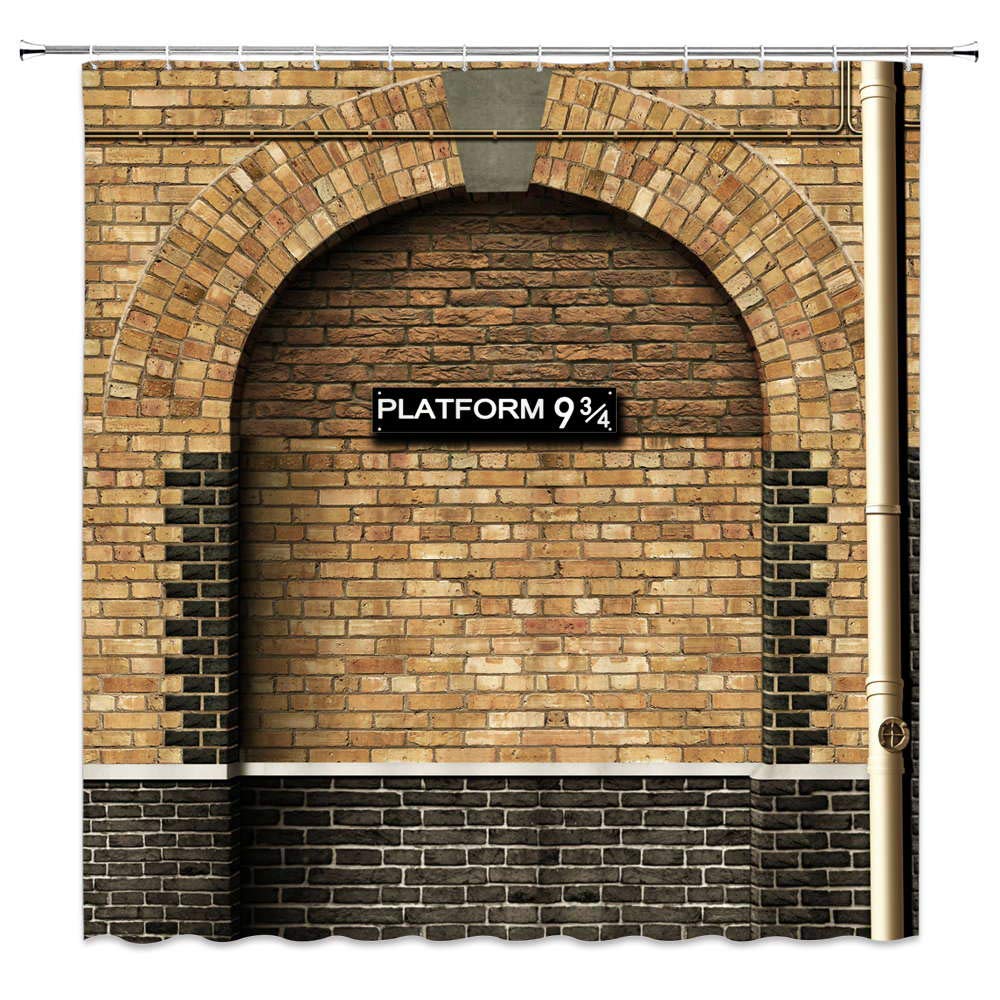 The rest was all homemade, printed using free printable templates I found online (again, see my Pinterest board to find some of the ones I used).

Probably what the kids loved and appeciated the most! And it was all fairly easy and inexpensive. I hit up Bulk Barn, Dollarama, and Sugar Mountain for the candy supplies. These include gummy worms and frogs, sour spiders, candy mints, candy brains, and an assortment of Jelly Bellies. I didn’t get the authentic Bertie Bott’s Every Flavor Beans…They were too pricey for the amount I wanted. I also taped cute Golden Snitch wings to some Lindt Chocolate. Easy!

The labels and boxes were printed using templates found on this site.

Some way, somehow, I managed to forget to take a picture of the meal! Just imagine a huge spread of British fare, and that’s pretty much how it was.

Butterbeer: My own take on this famous wizarding world drink. 1 part Cream Soda, 1 part Root Beer, a scoop of vanilla ice cream, whipped cream, and a drizzle of caramel sauce.

The Cake: A Hagrid-inspired “Happee Birthdae Bianka” chocolate cake (letters an’ all) with Cookies n’ Cream filling and classic vanilla buttercream icing. Oh, and cupcakes. There must always be cupcakes! (These are Butterbeer flavoured, loosely based on this recipe.)

Unlike Fiona’s party, Bianca’s party required quite a bit more involvement on my end as it pertained to activities. Exhausted from making all the decorations, food and whatnot, I didn’t want to go too overboard with games. Given the age group (10-11 years old), I tried to focus on activities they could do mostly on their own — with some help.

The party was an enormous success! The kids had an incredible time, they enjoyed the food, games and movies, and everyone left tired, full, and happy!

I wish I could say it’s time for me to rest after all this work, but alas, I need to go pack! We’re going to Australia!!!

I’m an author, wife, and mom of two amazing girls. To learn more about me, click here.